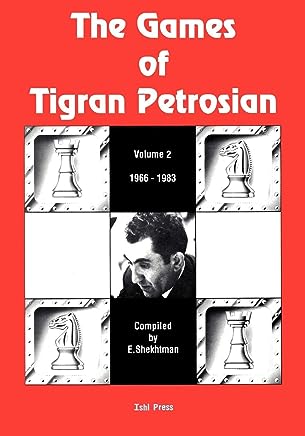 Overall winning percentage = (wins+draws/2) / total games in the database. 17 exhibition Road to the Championship - Tigran Petrosian by suenteus po 147 Chess can convey as much happiness as a good book or work of music can.

A Memorable Life: A Glimpse into the Complex Mind of Bobby ...

Tigran Vartanovich Petrosian was an Armenian-Soviet Grandmaster, and World Chess He set about to improve his game by studying Nimzowitsch's My System and by moving to Moscow to seek Petrosian won the match against Botvinnik with a final score of 5 to 2 with 15 draws, securing the title of World Champion.